Mighty Gunvolt is a free game available to those who purchase Azure Striker Gunvolt at launch. DLC is already underway at developer Inti Creates.

The wait is almost over for Azure Striker Gunvolt, the latest game from Mega Man Zero creators Inti Creates, along with Comcept’s Keiji Inafune. The team’s hands have been full with not just this Nintendo 3DS title, but also Mighty Gunvolt, releasing as a free retro title for a limited time.

Rumors surfaced last week regarding a second project from the team at Inti Creates. The studio was already working in collaboration with Comcept on Azure Striker Gunvolt, and some of Inti’s developers have also been contributing to the development of Mighty No. 9. Fans discovered via leaked information from a future issue of Famitsu, that Inti Creates was developing Mighty Gunvolt, yet another title to be released on the 3DS. Akin to Street Fighter X Mega Man, Mighty Gunvolt is a cross-over title featuring both Gunvolt and Beck. As a bizarre added bonus, Mighty Gunvolt also features Ekoro from Gal Gun as a playable character. The 8-bit title is an homage to classic NES titles, featuring treacherous platforming segments, and the side-scrolling action found in Capcom’s earliest games.

Those who purchase Azure Striker Gunvolt through the Nintendo 3DS eShop will receive an additional code to download Mighty Gunvolt, absolutely free of charge. However, this offer will only be available for the first three months, ending in mid-November. Once the promotional window is over, while it has not been finalized, Init Creates is planning on bringing Mighty Gunvolt to the eShop as a separate title for purchase.

In a new interview with Inafune and Inti Creates CEO Takuya Aizu, the idea of DLC is briefly mentioned between the two members. According to Aizu, DLC content is in the early stages of development, however there are no specific items to announce. While the studio has nothing to reveal at this time, Inti Creates has several extra DLC stages in progress. As Mighty Gunvolt will be the first time that fans get to play as Beck (not counting the Beck costume in Yaiba: Ninja Gaiden Z), Inafune hopes that some of these DLC stages will be specific to the Mighty No. 9 protagonist, as Inafune believes that “fans would really want that”.

Azure Striker Gunvolt and Gunvolt/Mega Man/Gal Gun cross-over Mighty Gunvolt will both release on the Nintendo 3DS on August 29. 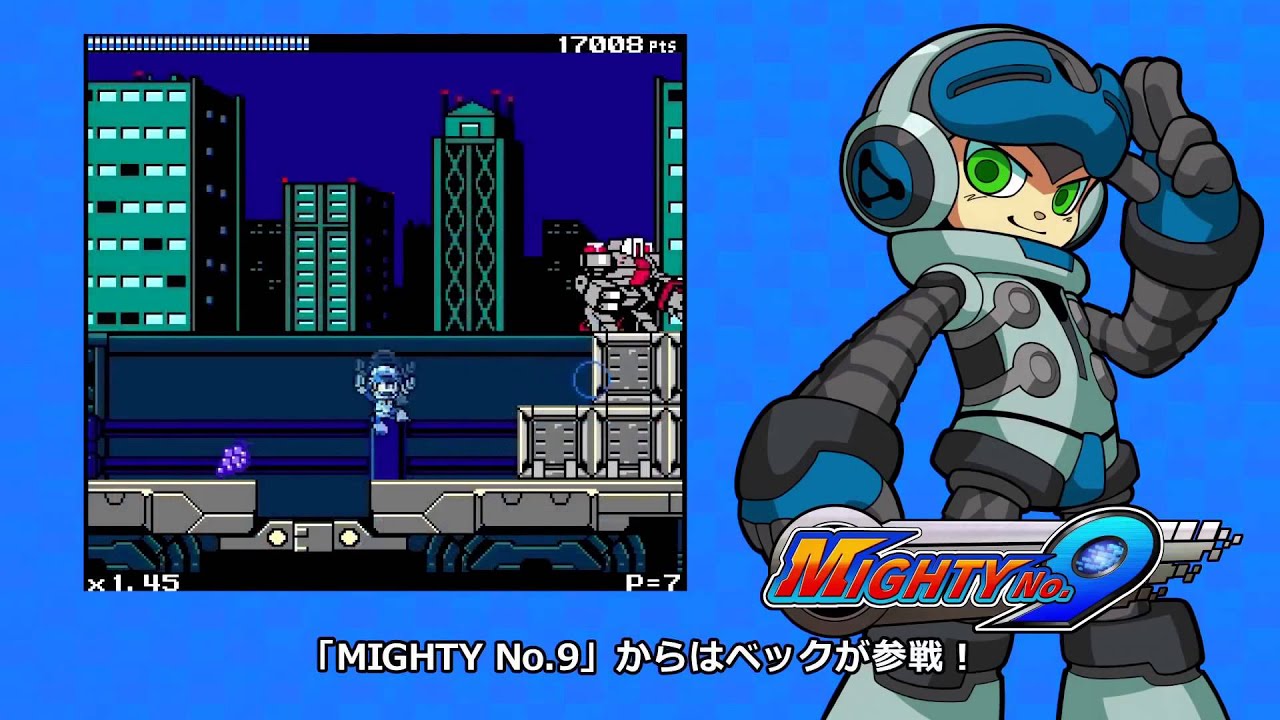