Square Enix has uploaded a new trailer (see below) for Theatrhythm: Final Fantasy Curtain Call, showcasing some songs from the 16-bit era of Final Fantasy games consisting of Final Fantasy IV, V, VI, and Mystic Quest, most of which you may remember fondly. Whilst many consider the “PlayStation era” of Final Fantasy the best, the 16-bit was and still is just as popular as it didn’t just include memorable storylines and gameplay but fantastic musical scores, which can now be playable, making for a unique and nostalgic gaming experience.

The game is split into three stages as players progress through the game, as follows:

Curtain Call has 221 songs in total, and features very well-known playable characters such as Kain Highwind (FFIV), Locke Cole (FFVI), Cloud Strife (FFVII), Squall Leonheart (FFVIII), Vivi Orniter (FFIX), Auron (FFX), and many more. Already out in Japan, Curtain Call is to hit shelves in North America on September 16, then September 19 in Europe. It celebrates some of the most memorable pieces of music from the franchise, whilst providing rhythmic gameplay. 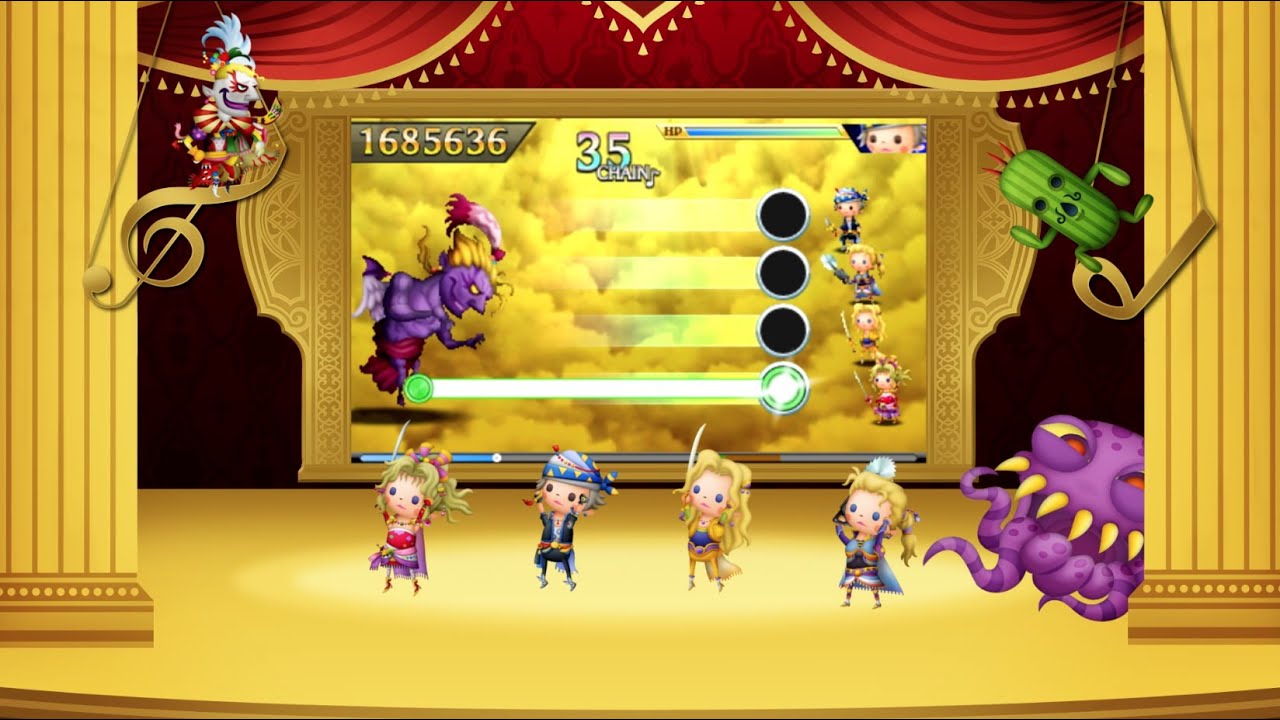